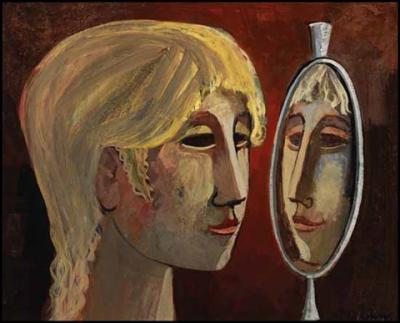 Why does the word vanity have a rather negative meaning?
Why is it that when we call someone conceited, it is given an unpleasant meaning?

Let us look at the definition of that word. It is the action noun of the vain, vain adjective, which derives from the Latin word 'vanus' meaning empty. In other words, illusory, unfounded, void of meaning, devoid of depth, of value.

Vanity is, therefore, the character of a person full of these defects, who has too good an opinion of himself, who therefore manifests the desire to produce a certain effect on those around him.

While the artist wants to symbolize the vanity of human efforts and the fact of engaging in reckless action, the poet expresses the permanent tension, dramatized and dramatized, between the desire to grasp the meaning of life and the vanity of human existence.
A vain person is worse than a liar. A liar knows that he is lying, whereas someone who is imbued with his importance believes firmly in his illusions, in his misperceptions, because his pretensions and vanity attract heavy enmities.

We remember that Cicero was greeted as an imperator by his soldiers, and thought of asking for a celebration of triumph on his return, out of vanity or to raise himself to the level of importance of Pompey and Caesar.

Some even considered socialism to be a fatal error and the product of intellectual vanity.

If we look around us, I am sure we will notice a clear difference between various individuals, some more vain than others. Yet there is nothing wrong with ambition, this desire to attain fame, power and social success, as long as it does not become the instrument of one's own vanity because it will destroy the badly acquired good.

Everyone has a neighbour, and how often have we seen that if one of us renovates his house or has embellished his garden, the neighbour hastens to do better. Why is that? Vanity?

And to think that the antinomy of the word vanity is modesty, the absence of vanity and pride. There is modesty and simplicity, qualities superior to the defects of vanity.

And if we look for the true foundations of our spiritual life, we will discover that honesty, sincerity, simplicity, humility, generosity, absence of vanity, the ability to serve others, is all there.

I will now say something delicate. I, who do not believe me to be vain, am writing this passage with the hope that it could be published and shared with others. Isn't that a little conceited on my part?

Perhaps we are all victims of this defect because we are made of flesh and bones, therefore of human nature with our strengths and weaknesses.